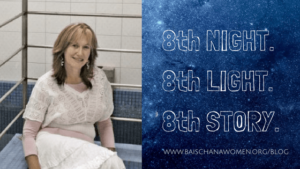 TIMMY’S WORK AS A CHAPLAIN FOR THE PRISONS IN MELBOURNE

RACHELLE: Can you tell me a little bit about your work as a chaplain?

TIMMY: Menashe Kaltman asked me to be chaplain for the prisons [in Melbourne, Australia]. Since then, I’ve visited most prisons – not just in Melbourne – but in the whole Victoria.

We get contacted by Israelis, American, Europeans… people from all over who have run into trouble with the law.

RACHELLE: I think many people wonder – how can you visit prisoners knowing they committed horrible crimes?

TIMMY: You see, the interesting thing is, I could never visit a pedophile. There are other chaplains, not just me. With pedophelia, I just couldn’t. I could visit a murderer, but not a pedophile.

With others, I don’t judge. We all do things. We all make mistakes. And for me, personally, if I hadn’t gone astray, I don’t think I would have returned to my [Jewish] roots. So in general, I just don’t judge.

RACHELLE: Can you just clarify – what is a chaplain?

TIMMY: A chaplain is a religious position in the prison. Although some chaplains are paid, we volunteer. To be a chaplain, you need to be somebody who is religious and non-judgemental. The reason we do it is because the Rebbe wanted it. He wanted that a Jew, no matter where they are, should be visited and helped.

Mostly, I am just a listening ear… somebody to talk too. And if they are open to it, I encourage Yiddishkeit (Judaism) because the Rebbe wanted it. For each of the holidays we bring them the appropriate foods and offer them the mitzvahs they can do.

RACHELLE: Can you share a story from the prisons?

TIMMY: So this one time, right before passover, an american guy got into some trouble with the law. He was being held in prison and I knew another Jewish man in the same prison. So I went to this prison guard – an Indian man whom I had befriended – and I asked him if they could have passover together.

I said that I would provide the food. Not only for those two, but for the whole unit. Somehow, he said yes! I brought truckloads of fish and matzah and everything they needed for the seder plate. After that, these two guys became friendly. And the big, muscular drug dealer protected a little vegetarian, American business guy!

RACHELLE: Do you find that people who are in prison are more responsive to Judaism?

TIMMY: Yes. I feel like when they are on the inside they’re able to have much more time to go inside of themselves. Especially Israelis and sephardim (Jews of Spanish descent) who are naturally much more spiritual.

We’ve met many Israelis who got caught because of something to do with drugs right after the army. We’ve seen some of these people become very very frum (observant). The muscular guy who I told you about – the one with Israeli parents – he befriended a French-Israeli guy who, later on, became completely black and white in his observance of Judaism.

He [the French-Israeli guy] got married, had children and was living in Bnei Brak, Israel [a very religious neighborhood]. The other guy, the muscular one, went to visit him in Israel. As soon as he went into the house, the very frum guy quickly took him into a room and said, “Please don’t say a word about where you met me. My wife doesn’t know!”

RACHELLE: How do you keep yourself from getting overwhelmed by other people’s stories and situations in life.

TIMMY: It’s always very interesting. I love the living on the edge… I always did. And being a married frum woman and a mikvah attendant, I compartmentalize my on the edge needs with all the prisoners.

It’s amazing, because in the nighttime, I’m a Mikvah Attendant. It is so holy and high. And during the day, I’m in the lowest of places – a prison. But it’s interesting because I’ve had women ex-prisoners, who asked me if they could use mikvah to feel spiritually pure after they got out.

As a mikvah lady, I’m privy to a lot of private details. Sometimes when women are actually in the mikvah, they need someone to speak to. I sit on the floor – if it’s not crazy busy that night – and we often have a really beautiful and meaningful conversation.

I’ve seen so many miracles because the mikvah is an Eis Ratzon, a special time for women to ask for whatever they need. And sometimes a month later they tell me that what they asked for actually came true.

RACHELLE: Is there anything that stands out in your mind in all of your experiences as a mikvah attendant?

TIMMY: I once had an Israeli woman come from out of town, and she said to me, “I want to give terumah!”

There was another woman coming to the mikvah that night. I knew she had been struggling financially, and when she came to the mikvah I told her, “I’ve got a surprise for you when you leave.”

When she was just about to leave I gave her the envelope with over a thousand dollars. I told her this was a gift from another woman who just wanted to make someone happy. This woman who was struggling to make ends meet, burst out crying and she said, “Timmy, you have no idea… we didn’t know how we were going to pay our rent this month.

RACHELLE: Can you tell me a bit about your experience at Bais Chana?

TIMMY: The first time I went to Bais Chana, I wasn’t frum (observant) yet. I had learned for a year in Melbourne with Reb Zalman Serebranski. He was the one who initially got me interested. I had learned, but I wasn’t keeping any mitzvahs.