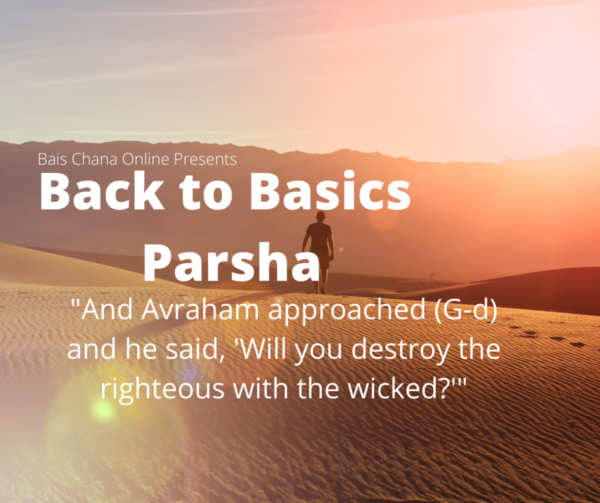 A quick recap
If you look carefully you'll see very similar episodes in last week's and this week's Torah portions. The birth of a child, the traveling, the concealment of Sarah's identity, the wars.

In last week’s parsha, Avraham worked on himself to become a receptacle for G-d’s blessings. It was all about his personal refinement and looking inward.

In this week’s parsha, G-d responds - and helps Avraham achieve things he couldn’t achieve on his own, both personally and as the father of a new nation.
And one incredible insight from brit milah -
The forefathers kept all the commandments before G-d gave them to us. How? They had prophecy and they intuited what G-d wanted. Like the matza that Avraham ate on Pesach... thousands of years before we were in Egypt.
However, when it came to circumcision, Avraham didn’t want to do the mitzva until G-d commanded him.
Why not?
When we intuit something, we recognize that it’s the right thing - and that's a reflection of how refined we are. We figured it out and now we’re doing it. But - that tells us more about ourselves than about the other person, doesn't it.
When you’re commanded, on the other hand, it shows more of your devotion and dedication to the other. Even if it’s a request that’s initiated by the other. Because when someone asks you to do something, you have to set aside your will. And then it’s clear that it's all about them and not about you.
Avraham wanted to reach that higher level of devotion to G-d, and G-d wanted to help him.
Avraham wanted it to be more about G-d than about him. He wanted to do what G-d wanted and not what he intuited. And he wanted to connect deeply to G-d.
That's essential food for thought in our own relationship with G-d and with others.
Sign Up Now. It's Easy!

Click here to see our library of archived classes.