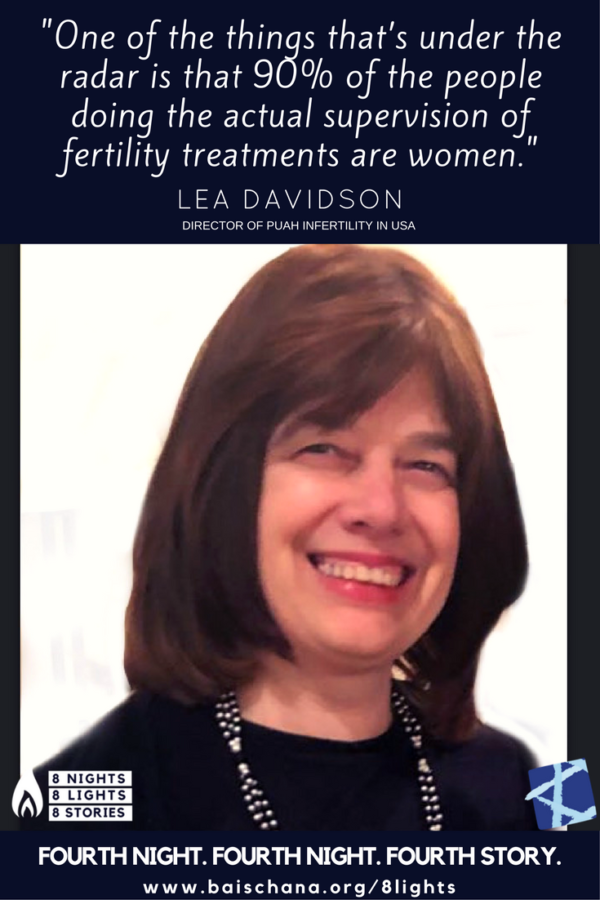 Life at the Intersection of Science, Jewish Law & Faith

Suddenly the doors of biological parenthood swung open to couples struggling with infertility.

But was it kosher?

Lea Davidson, executive director for the American branch of PUAH, shares what happened next. “Many experts in Jewish law were leery at first. But Rabbi Mordechai Eliyahu, of blessed memory, the former Chief Sephardic Rabbi of Israel, took a different approach: ‘If G-d opened the door and gave us the keys to help couples have children, we have to investigate.’

He sent one of his top students, Rabbi Menachem Borenshtein, to the labs to research, and he.subsequently founded PUAH. He recognized that one of the halachic problems would be accidental mix-ups in the labs, since the egg and sperm meet outside the body in a petri dish. He set up a rigorous system of supervision, which the doctors accepted. Today 99% of labs in Israel have PUAH supervision, and many in the US do as well.”

That’s something that Lea is very proud of.

“Fertility is very complex. Of course, we need G-d’s blessing, but on a human level PUAH helps couples figure out what the problem is and what their options are. Maybe it’s medical, maybe there are intimacy issues. Maybe there are genetic issues.”

PUAH also helps figure out what the next step could or should be, once the issue is isolated. And because Lea lives at the intersection of science, Jewish law and faith, it’s all according to halacha. Even in situations our grandparents could only have dreamt about.

“One of the things that’s totally under the radar is that 90% of the people doing the actual supervision are women. Since many fertility treatments are done with the wife, it’s much more comfortable if the observer is a woman.”

And that’s another incredible aspect of her work. Lea is very aware of how critical the positive emotions and faith of the client are in the outcome. “When the supervisor is calmly and quietly in the room with the patient, and when the couple knows that the rabbis stand behind them, it creates a feeling of confidence. We find that the physicians are happy to let us in. They recognize that our support brings more positive results.”

That’s the thrilling part of her work. She also candidly shares what’s hard. “One is when there are failed treatments, disappointments and miscarriages. It’s very, very painful. We can just be there, and hope and pray that with G-d’s help, next time. The second thing is when there aren’t enough money or resources for everyone who needs.”

Fortunately, PUAH’s been able to provide education as a resource as well. Seminars and conferences make information accessible to the couples who need it. “We often see the education that we provide leads directly to a couple having a child. That’s incredibly gratifying.”

She’s also tremendously inspired by PUAH’s donors. “They don’t know who they’re helping, yet they give to help someone in Am Yisrael. I’m amazed by how good people are.”

“My message to couples is don’t give up. Be strong. Be hopeful. HaKadosh Baruch Hu gives us in so many ways, through science, through halacha, through the Jewish people – there’s so much available and so much that’s possible.”

Read more about the work Lea directs at www.puahonline.org.